Coronavirus cabinet meets for first time in three weeks, makes no decisions | The Times of Israel

The coronavirus cabinet convened Tuesday evening for the first time in three weeks to review the state of the pandemic amid surging infections as a result of the Omicron variant and growing public discontent over how the government is handling the outbreak.

No concrete decisions were announced at the end of the meeting.

Ministers who are part of the select panel forming virus policy discussed various scenarios, including the possibility Israel will reach hundreds of thousands of new daily cases. They also looked at the potential for new limitations on gatherings.

Cabinet members “received an in-depth briefing from the team of experts on the scope of morbidity and trends of the fifth wave and were given their recommendations,” the Prime Minister’s Office said in a statement.

Prime Minister Naftali Bennett called the Omicron wave “inevitable” and said Israel, like other countries, could not hope to stop it but only to manage it to the best of its abilities.

The meeting saw some tensions as Housing Minister Ze’ev Elkin, attempting to ask questions at one point, was silenced by Bennett, according to Hebrew media reports based on leaks from the meeting.

“If you’re only holding this meeting to tick a box and to send us out for interviews, then we shouldn’t speak,” Elkin reportedly shot back at him. “Don’t be surprised afterward that the public doesn’t understand you, if even I as a cabinet member can’t get answers.” 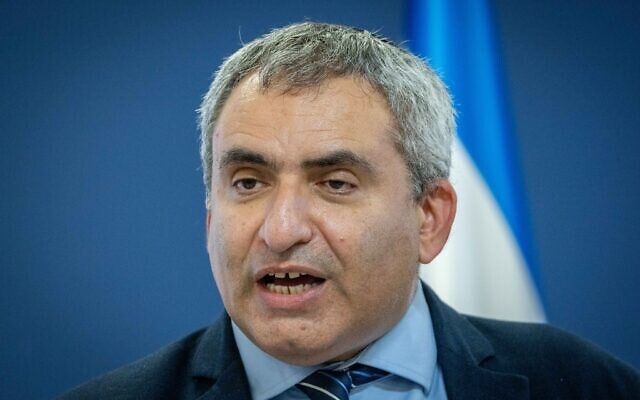 Ahead of the cabinet meeting, Bennett said he was working to ensure the economy remains open amid a record surge in morbidity being driven by the Omicron strain.

At a press conference, the prime minister said “the economy will stay open as much as possible and will still be working.”

Bennett denied the government had “lost control” over the outbreak and insisted that it was providing “a response” for affected businesses. Unlike the last government, Bennett told reporters, he was not going “to mortgage our children’s future” by giving out money indiscriminately.

He also addressed the hours-long lines at testing stations around the country, promising that the state will provide three free antigen test kits per schoolchild this week, with more at-home kits to be distributed to families in the coming weeks.

“The lines are long, I understand. I hate standing in line myself, I know how frustrating it is,” said Bennett, calling on people not to do PCR tests if they are not over 60.

“These will be difficult weeks… There is no need for panic or hysteria. We’ll get through this together,” he said. 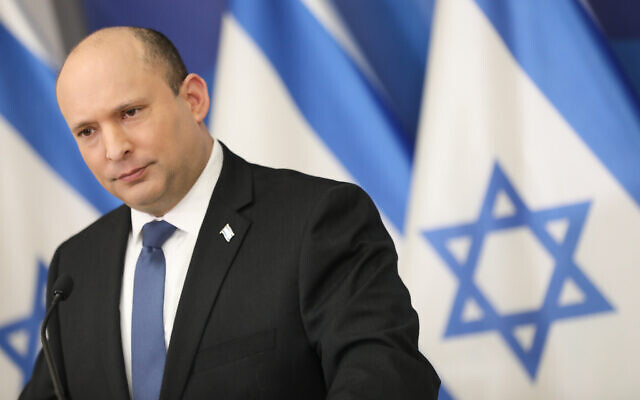 During the press conference, Bennett also hit out at the media.

“The same studios that are now broadcasting total hysteria called me hysterical a few weeks ago when I said exactly what was going to happen and as we got the country ready,” he said.

The prime minister’s remarks came shortly before Yomtob Kalfon, a Knesset member from his Yamina party, announced that he had tested positive for coronavirus. Kalfon’s condition was not immediately known. Labor lawmaker Emilie Moatti also announced she had the virus on Tuesday night.

With Kalfon and Moatti, 10 lawmakers out of 120 MKs now have the coronavirus. On Monday, Foreign Minister Yair Lapid and Public Security Minister Omer Barlev both announced they had COVID.

There were 41,154 fresh cases diagnosed Monday according to a Health Ministry roundup released Tuesday.